My Tumultuous Relationship With the Metronome 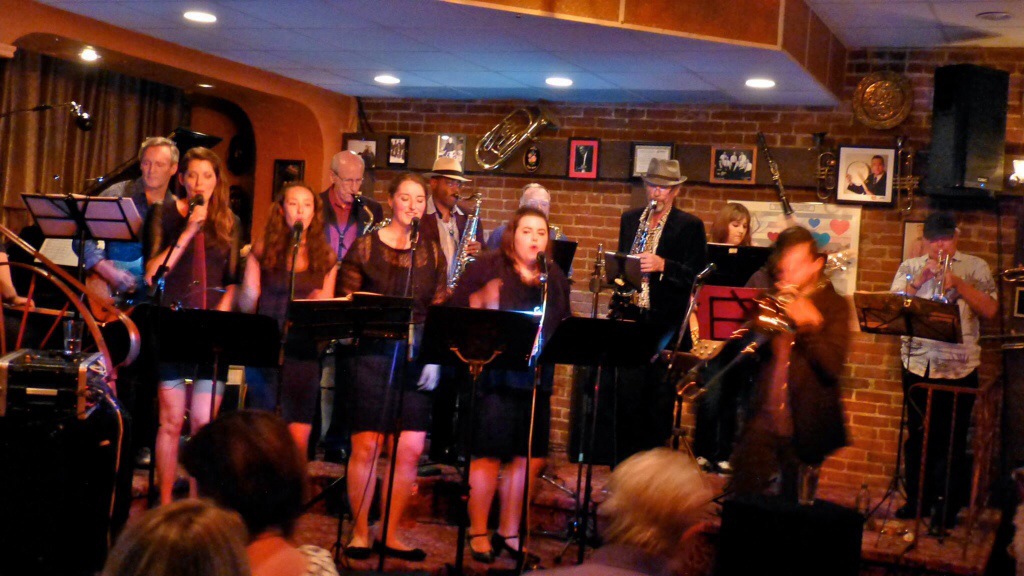 I’m not going to lie: I’m not the best marketer. Self-promotion is not my strong suit. Case in point: I’ve been working hard in the music area, & just had a couple of great gigs, but I forgot to say something about it on my own website until after the fact. Really, Alli? Really?! Sheesh! I’ll be working on that. For tonight, though, I’m adopting a better late than never philosophy. 🙂

I’ve been having a blast working with the Soul Source R&B Band, lead by Nick LaRiviere! We put together a great set of tunes from as far back as the late sixties until today. Working with the group through the hard parts & the repetitive minutiae is an absolute joy. I have felt encouraged & nourished by the time I’ve spent not only on the material, but the team work. It’s the team that makes the whole thing gel.

Last Thursday, at Hermann’s Jazz Club, we brought everything we had to the stage & laid it bare for a packed house. I’m having a hard time describing the experience because there were just so many factors that aligned perfectly. It was like I was outside of my body watching someone else take over & perform for me. Weird!

I can’t stop picturing grooves, waveforms & razor blade fingers. Physically, I was in a corner, with the rest of the band around me. I felt safe, cocooned by the piano & my band mates. I haven’t felt nearly that confident, secure, or relaxed on stage since I was a kid. I had forgotten what it was like to feel so fluid with the audience, like we were all in it together. I’m proud of the band & how hard we all worked to make this happen.

I’m so excited for the next season. I’ll be working with Soul Source, as well as Groovin Hard. I’m also beginning the skeletal writings of a solo album & collaborating with various colleagues as opportunities arise.

All is well in music land.
Goodnight.